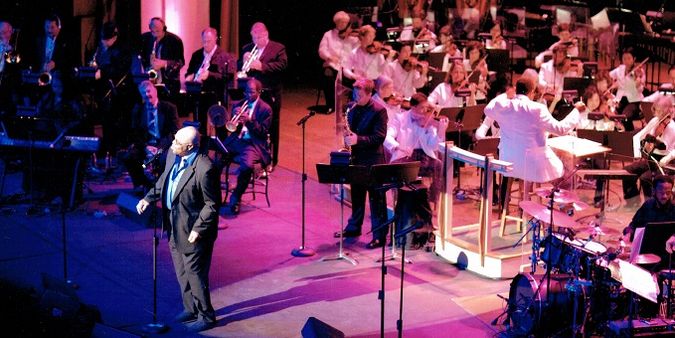 The NW Ray Charles Tribute was born in 2005 after the world lost a great treasure in music, the inimitable Ray Charles. The tribute, organized by saxophonist Patrick Lamb, was originally produced for a one-time-only performance at the Safeway Waterfront Blues Festival.  That performance--featuring Sweet Baby James along with other vocalists--received the Cascade Blues Association's Muddy Award for “Best Performance of the Year.”

Following the success of that performance, the RCT recorded a CD and performed a series of gigs throughout the NW, including a memorable collaboration with the Oregon Symphony at the Arlene Schnitzer Concert Hall. On that occasion, Sweet Baby James brought down the house with his rendition of “Come Rain Or Come Shine" (pictured above).