Willamette Week dubbed Sweet Baby James, "a human landmark of Portland jazz" for a reason.  Not only did James perform at a high level for nearly six decades, but along the way he mentored and influenced young musicians from northwest drum legend Mel Brown to 4-time Grammy award winner Esperanza Spalding.

In his later years, James' long and deep contribution to the Portland community was recognized as he received a string of honors and awards.  Most notably, on February 4, 2011, Mayor Sam Adams singled out James and his fellow Williams Avenue scene veteran Bobby Bradford for special mention in his proclamation of that date as "History Hope & Harmony Day." 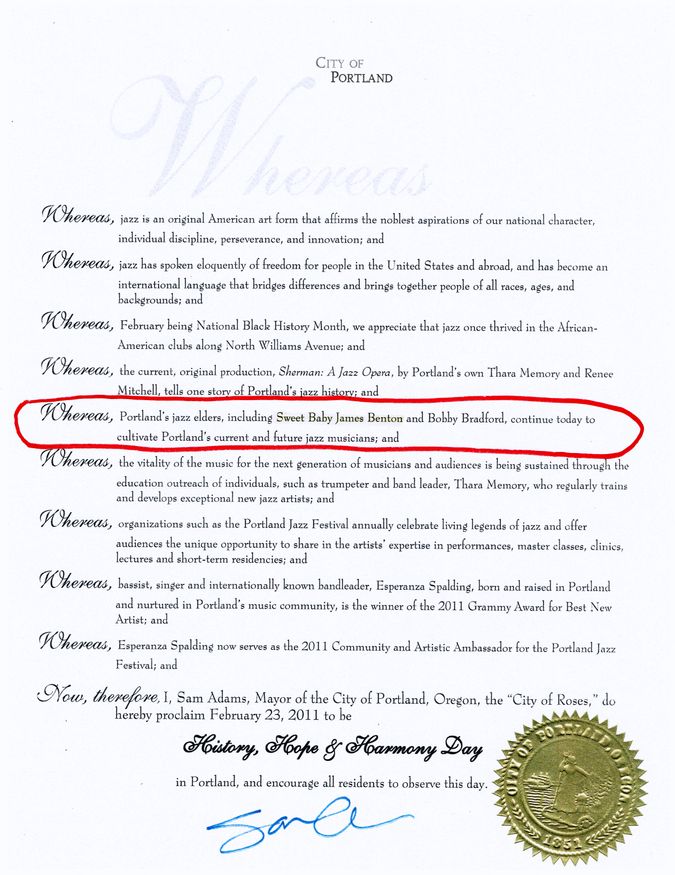 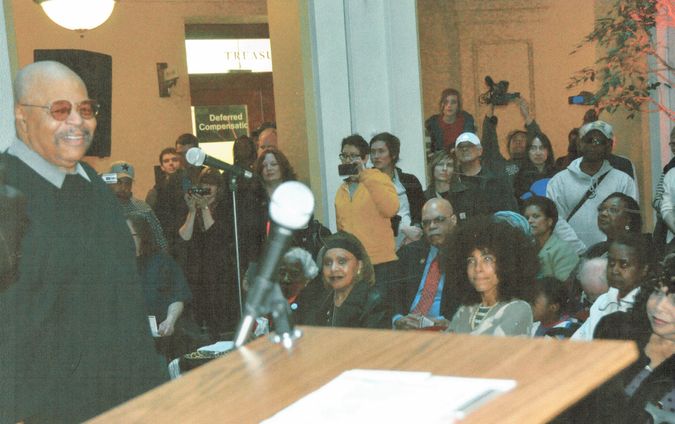 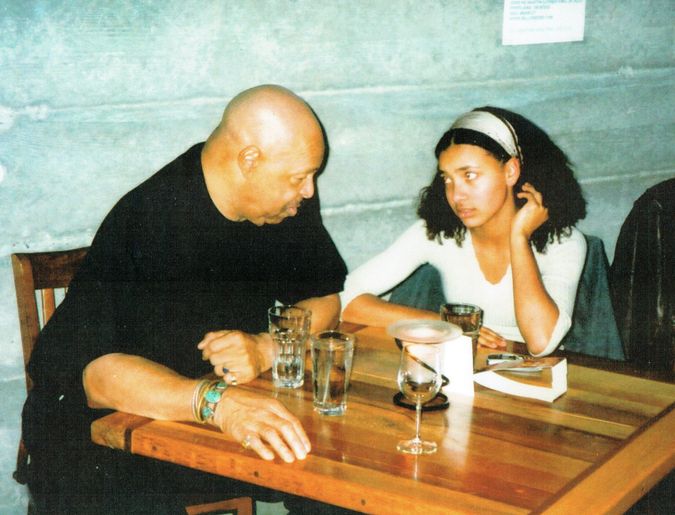 The teenaged Esperanza with her then-mentor, Sweet Baby James 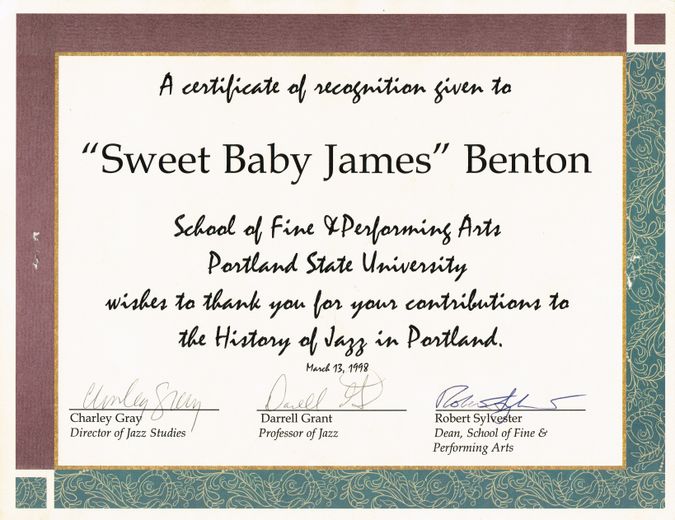 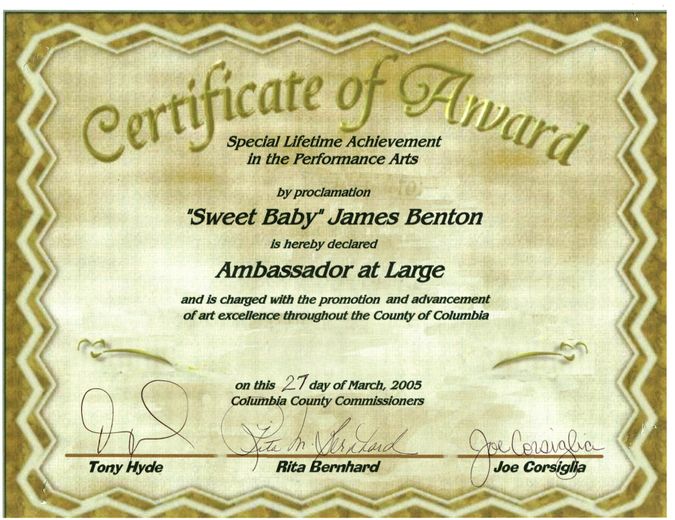